Since I’ve already learned how to use Zoom, Webex, MS Teams, and I’m able to discuss their pros and cons, it’s the right time for some lockdown reflection. And in case you now wonder which web-conference SW is the editors pick, I think it’s like with the most of the things we like or dislike. Just our individual taste.

Right after the first lockdown measures were about to start, we decided with Ann to switch our Cracow’s tiny apartment for a family house with a garden at the village. I’m glad we had such an option.

Living in the city with losing all its advantages is a new experience for a few days. It’s true. All the silent, emptiness and “it feels like a neverending Sunday” vibe. Unfortunately, it quickly swifts to boredom and loss of motivation to cope with anything. Even though my routine remains less the same. This was surprising to me while I’ve never had a problem with working from home nor switching off from the working screen.

Maybe it was because of all the restrictions, news and the buzz around do’s and don’t. Like it wouldn’t be a pandemic, but just some kind of a massive campaign to raise awareness on how to stay healthy. Which is quite ironic while being in a country which is being at the last position of road safety. As said by the European Transport Safety Council. To do some number talking, in 2019, there were 2 909 deaths in road accidents according to the official report of polish police. If comparing the number of deaths in road accidents with the number of deaths due to covid19 per day, we will get the same amount. 8 people per day have died because of COVID-19 since the first case was reported, and at the same time, 8 people die every day due to road accidents. And this is just a quick comparison.

I’m wondering which numbers I would get if diving deeper into deaths connected with an unhealthy lifestyle. Sure, COVID-19 is new, and we are all surprised. And nothing is wrong about it. Silly is that instead of giving us the number in a broader context the Polish media and the government keep the mainstream channels in a haze.

At the village, life remains more-less the same. Yes, the same restrictions are in order also here, but people don’t seem that much scared. Putting the mask on when hitting the grocery appears like the only difference I’ve noticed while observing the central part of the village. And I’m watching it a lot because I could see it right through the window of the library where I’m working now. The mask and also increased traffic even within the village. Unfortunately, what worsens, is that people now behave ruder with cars thinking that everything is allowed due to the mantra of social-distancing, where car plays a crucial role.

But are they really that important?

What used to be public space in front of the bank, post-office or small shops with old parked bicycles quickly turned into a DIY parking lot where you should really watch yourself. Unluckily not because of keeping the save distance from others, but because of drivers who forget how to behave. Funny, that even during pandemic there is an opportunity to complain about the car-dependency.

What I miss during lockdown is my daily bike commute to campus. I like to observe the morning rush or being glad I’m not stuck in the traffic congestion or crowded tram. When coming back from the office, it’s just a perfect way how to switch from the to-dos to leisure. 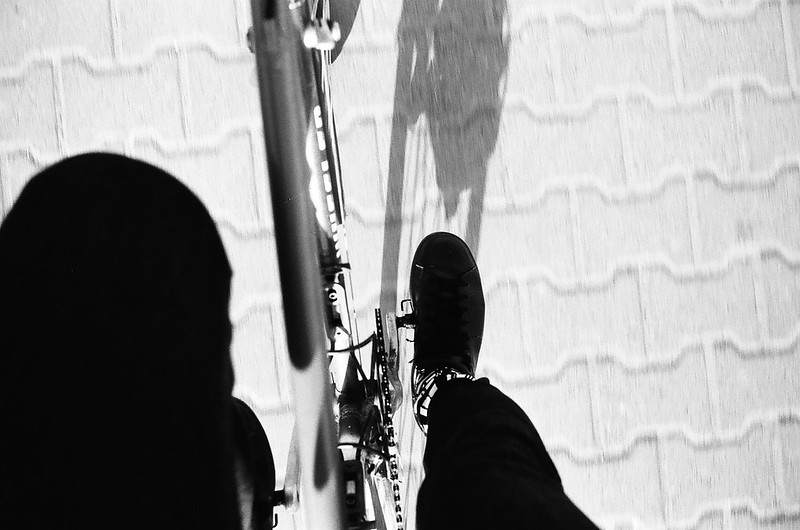 Now, I’m switching off by closing the door from the library, and I’m never going there until the next day. Sometimes I only take a laptop when I want to read something in the evening. In general, I’m not trying to work in the evening. And it’s because I’m usually tired and not as productive as in the morning so there is no sense in hurting myself. Unless I’m hitting some due date which I’ve forgotten. So if possible, it’s really essential to have some only work-related place. The mine looks like that now, and the sunlighting is being the best indicator of the daytime. 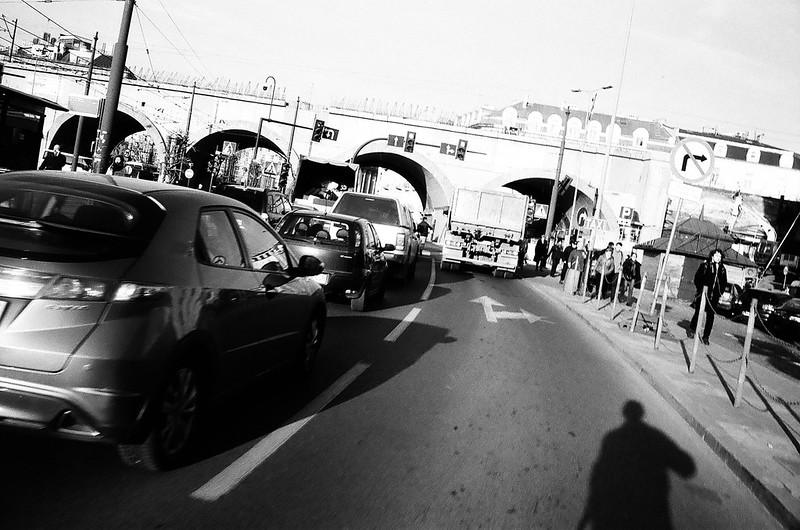 So besides the commuting, being outside of the city and having virtual classes, everything is going the same. Virtual-classes are particular chapter. Quite challenging at first, but now I think I’ve got used to it. In general, I like them. But only in case, people join to share and say something and not to just act like “let’s discuss something importing” sort of mumbling. Once the campus is re-opened, I would like to see an option, whether to take the course in class or virtual. Sure, loss of the personal contact might be at the beginning bad for the dynamic in the discussion. Still, I believe, when a small group, we could get over it. The time saved on eliminating the little talks and increased productivity due to solving only what’s matter might make us re-evaluate our relationship to distance learning.

I initially thought I will start this post by describing how my typical day during the lockdown looks like. That I’m waking up before 7:00, drinking good coffee. After lunch, I’m doing operatives, reading or editing of what I’ve been working on before lunch, rather than writing. But now I think those are not the essentials. The essentials are, that no matter how the external conditions have changed, I still have things to do because I’m just not good at not doing anything.