Have you known that without pizza, we would “have never” been ordering food online?

Yes, you hear me right. Pizza was there when our technological innovations were passing essential milestones. Sure, if it was not a pizza, something else would, but in the end, it is the pizza that is making history.

Firstly it was back in 1994 when Pizza Hut started accepting online food ordering. This means that the first food to be ordered online was a pizza. Is it also the reason why pizza is the most popular food in the world? Maybe. A quick scroll through my Uber Eats order list definitely correspond with these rankings. Buon Appetito!

It was 16 years later, in 2010, when the pizza added another item – the first-ever bitcoin transaction. The story says that Laszlo Hanyecz transferred 10 000 bitcoins to a volunteer in England, who afterwards called to Papa John’s to order two pizzas at the price of 30$. Even though it was not the smoothest transaction, the bitcoin community believes it is the first one. Nowadays, to pay for your favourite pizza today, you don’t need a volunteer and 10 000 bitcoins. San Francisco-based bitcoin payment application Fold runs the Lightning project. Besides Uber or Starbucks, it lets you pay the pizza with bitcoin way smoothly.

And it was just now when the world has moved around pizza once again. But, this time, it is not the payment but the delivery itself, and it truly makes you feel that the future is now. At least in a small part of Houston, Texas. Here, the pizza is delivered to you by the robot.

Yes. You hear me right. People who place their order at Domino’s Pizza in Houston will have their pizza delivered by a robot.

Small and currently only licensed fully autonomous and electric van developed by Nuro will bring you the pizza right in front of your door. Now, it is only a pilot project available at a specific location. Still, as learned in history, this is probably not the blind alley but the direction of our next steps. 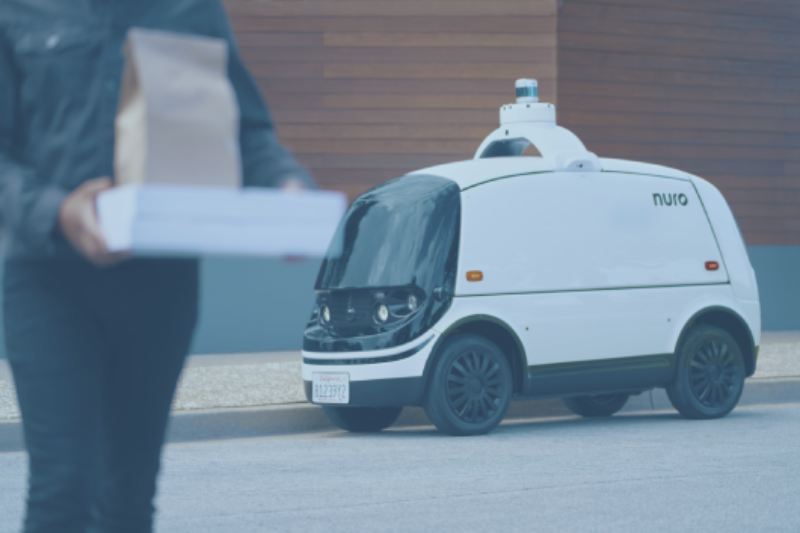